EHS PRESENTING SPONSOR AT THE ROCK-N-RIDE EVENT IN CLEVELAND 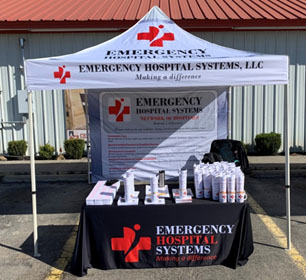 For Emergency Hospital Systems, promoting health care in the communities where it operates is a priority, and this is often associated with getting its residents to adopt healthier lifestyles, such as increasing physical activity and practicing sports. In fact, lifestyle changes have been shown to significantly reduce morbidity and mortality rates for most chronic diseases.

It is in this line that EHS for the second consecutive year sponsored the Rock-N-Ride event organized annually by the Greater Cleveland Chamber of Commerce, which consisted of a 51-mile bike ride through the beautiful landscapes of the Sam Houston National Forest outside of Cleveland.

This year, the event took place on November 9, 2019 and featured 81 registered cyclists (an increase of + 30 cyclists compared to last year). Participants from various cities including Austin, Houston, Dallas, Katy, Sugarland, Missouri City among others came especially to Cleveland to participate in the ride. The event was enlivened by the music band:  Kaleidoscope Project composed by young musicians.

Emergency Hospital Systems was present on the day of the event with a booth where first aid kits and informational material was distributed. Likewise, EHS employees were part of the Steering Committee responsible for organizing the event.

Rock-N-Ride was a great success and the enthusiasm of the cyclists was felt, who were impressed with the route and the beautiful scenes of the place. We look to the future to make the event grow and more members of the community participate. 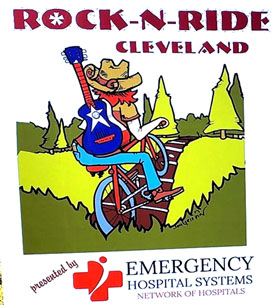